Be Hers Fundraiser A Huge Success 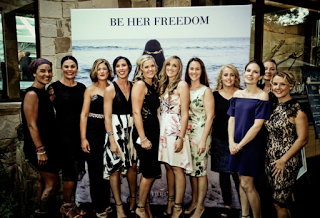 This year’s glamorous Be Her Freedom event is being hailed the best one yet.

More than 240 women frocked up at the Coledale Rainforest Retreat for a night of music, laughter and dancing, and to raise awareness of the plight of thousands of women worldwide who have been stolen into slavery. All ticket sales and auctions on the night raise money for the A21 organisation, which works in the field to rescue and rehabilitate women and children who have been abused, and to bring their captors to justice.

While the tallying continues,  it looks like this year’s event will raise more than last year, when $39,000 was collected for A21.

The event is a credit to the ten incredible local women who work so hard to pull it all together. One of the organisers, Lisa Brooke, says they’re planning on mixing things up a bit next year.

“We are all really happy with this year’s event,” she says. “But next year, we might invite the men along! This year the space was beautiful, the food was incredible and the message was heard loud and clear. “Modern day slavery is the fastest growing crime in the world. We come from a privileged society. It’s our responsibility to help people who are being deprived of their basic rights.

“It’s estimated there are currently 27 million people being held against their will in manual and sexual slavery. We want to be a part of stopping this crime, which deprives men women and children of their basic rights. “

The night included an incredible performance of contemporary dance by Jess and Madi from the Austinmer Dance Theatre as well as live music  from local band ‘Sound of KoKo’, who wrote three songs to perform on the night.

“The DJ was also fantastic,” says Lisa. “He had the girls up dancing well into the night!”

While the organising team is taking a bit of hard-earned R&R, they’re already thinking about 2017 and how to ensure Be Her Freedom remains one of the Northern Illawarra’s most incredible fundraising events.

An additional Be Hers fundraiser will be held at Glastonbury Gardens in Austinmer on Saturday November 12 at 9.30am when the Body Balance training group glove-up for a boxing class, will all funds raised going to the Be Hers total. Everyone is welcome, even if you’ve never boxed before! Photos thanks to Patrick Maloney The Beatles get back to where they...

How To Make Money From Property Investment

Pedestrians vs Traffic in Thirroul

Rotary event is booked out 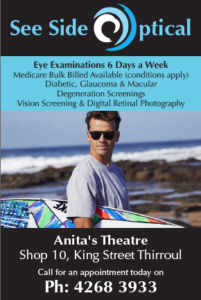 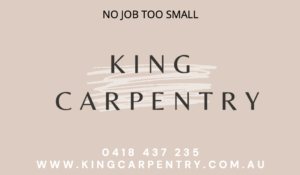