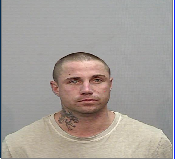 Police are seeking assistance from the public to locate a man wanted on an outstanding warrant.

Officers from Wollongong Police District are appealing for public assistance.

He is described as being of a Caucasian appearance, between 165cm to 170cm tall, of a muscular build, with short light brown hair and brown eyes.

Jesse previously resided in the Wollongong, Woonona and Thirroul areas; however, his current whereabouts are unknown.

Anyone who sees him is urged not to approach him but instead call Triple Zero (000). Big Brother Is Counting You

Clean Up Australia Day on Sunday

The Man Behind Those Adorable Symbio Videos